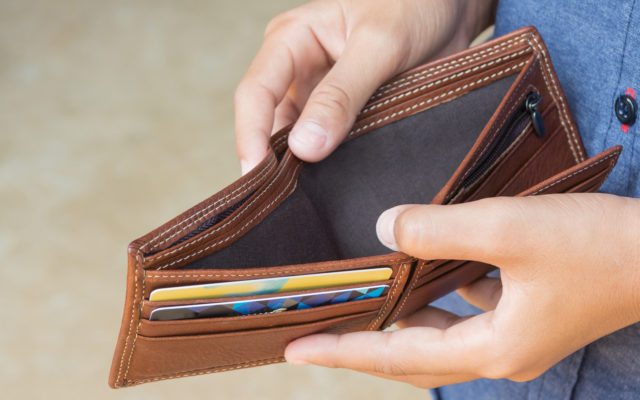 In a press release dated December 11, Dooga Ltd., the UK-based entity trading as Cubits, claimed “collusion” which resulted in a “criminal act” involving the loss of €29 million ($33 million) in February 2018 had forced it to shut down.

“Since February, Dooga has made every possible effort to recover these funds,” the release reads.

Unfortunately – contrary to expectations – these efforts have been unsuccessful up until now.

As Bitcoinist reported December 11, officials had told users on Twitter that Cubits was undergoing “maintenance” and would “be right back.”

An identical message had appeared on the company’s website, but on Tuesday this changed to a 500 error message and the website went offline. 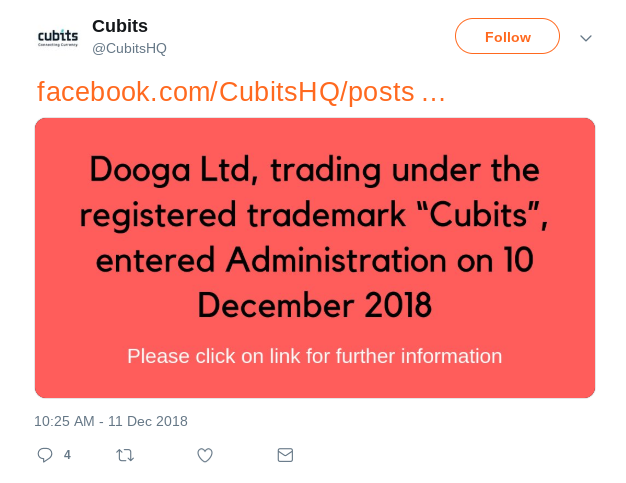 Cubits had begun delaying withdrawals by weeks, some said, while another told Bitcoinist he was looking to involve law enforcement as a result of the company withholding his money.

At the same time, curious activity among senior management revealed the company’s payments coordinator Eloise Debono to be an advocate of OneCoin, a defunct Ponzi scheme, which has attracted warnings from multiple countries’ authorities over illicit practices.

“Bitcoin can be bought and sold on many different exchanges, meaning you could be paying or receiving more or less than you should be,” she wrote in a bizarre article in 2016.

OneCoin uses one centralized exchange called OneExchange, where there is a fixed rate for buying and selling. I personally think this is more secure and less volatile.

According to the company’s administrators, users will receive official correspondence about the debacle in the coming days.

“Our goal is to achieve the best outcome for creditors generally at the earliest possible date,” Steve Parker from insolvency firm Opus Business Services Group commented.

“Dooga’s current position is secure, investigations are proceeding and we will be writing to creditors, formally, this week.”

What do you think about the ongoing Cubits debacle? Let us know in the comments below!