Google Chrome for the holidays: Mac, Linux and extensions in beta

There was nothing more excruciating for me as a kid than seeing the presents pile up under the Christmas tree but knowing that I couldn’t open them until Christmas morning. On the Google Chrome team, we’ve had the same feeling as we’ve been working to get betas ready for Mac, Linux and extensions. It’s been a long time coming, but today we can check the top three items off our users’ wish lists.

Google Chrome for Mac (Beta)
We’ve been working hard to deliver a first-class browser for the Mac — it took longer than we expected, but we hope the wait was worth it! We wanted Google Chrome to feel at home on the Mac, so we’ve focused on uniting our clean, simple design with subtle animations and effects to create a snappy and satisfying browsing experience on OS X. As you might expect, the speed of Google Chrome for Mac is something we’re very proud of. If you have a Mac, try installing the beta and see how fast it launches — there’s hardly even time for the icon in the dock to bounce!

For more details on this beta release of Google Chrome for Mac, read on in the Google Mac blog or watch this video from one of our engineers, Mike Pinkerton:

Google Chrome for Linux (Beta)
At Google, most engineers use Linux machines, so we certainly heard loud and clear how much they wanted Google Chrome for Linux. Just like Google Chrome for Windows and Mac, we focused on speed, stability and security, but we also wanted a high-performance browser that integrated well with the Linux ecosystem. This includes tight integration with native GTK themes, updates that are managed by the standard system package manager, and many other features that fit in natively with the operating system where possible. 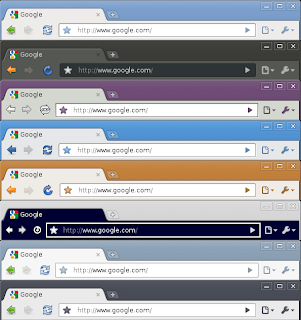 Just as important, we’ve had quite a bit of help from the open source community. More than 50 open source contributors have worked on Chromium and they’ve been especially helpful on delivering our Linux version of Google Chrome. For more details on the beta release of Google Chrome for Linux, check out the Chromium blog.

Extensions installed on Google Chrome (for PC or Linux)

If you’re on a PC or a Linux machine, you can check out more than 300 extensions in the gallery, including a few cool, useful and cute extensions . Extensions aren’t quite beta-quality on Mac yet, but you will be able to preview them on a developer channel soon. And if you’re a web developer, you can learn more about writing extensions for Google Chrome on the Chromium blog.

We hope the betas for Mac, Linux and extensions were some of the things on your wish list this year. We’d like to say thanks to Mac and Linux users who gave our early developer versions of Google Chrome a test drive on these platforms, as well as developers who wrote great extensions for Google Chrome. And in case you’re wondering what we’d like for the holidays, we’re always eager for feedback — and I wouldn’t mind a brand new extension that makes it snow on demand!