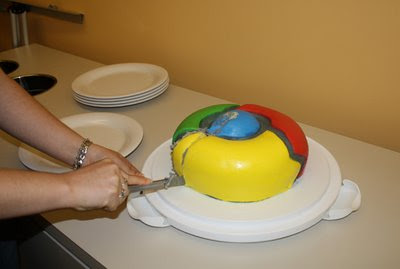 A lot has happened for Google Chrome since the day we prematurely shipped our comic book, announced Google Chrome just a day before we initially intended, and pushed our browser out of the nest and into Beta. To take stock of this past year, we thought we’d celebrate with a birthday cake, birthday balloons, and a few interesting factoids. Since September 2, 2008, there have been:

More importantly, we’ve improved by over 150% on Javascript performance since our initial beta: 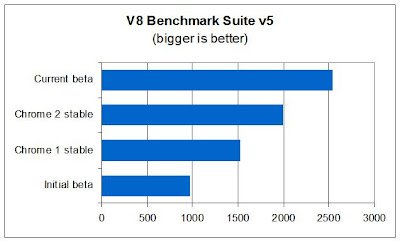 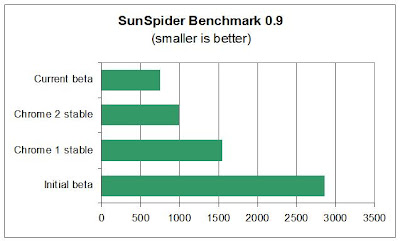 We’ve also added some of the most commonly requested features — including form autofill, side-by-side view, the ability to remove items from the New Tab page, and full screen mode (just hit F11!) — and even a bit of magic to make the entire web three-dimensional (okay, that was just a joke).

Before we blow out the candles on Google Chrome’s first birthday, we’d like to send a huge thank you to all our users who browse the web with Google Chrome, provide great feedback, and shared your all-round awesomeness with us. The second year of Google Chrome’s life is shaping up to be a pretty exciting one, and we look forward to an action-packed year for the browser and the web. Stay tuned.