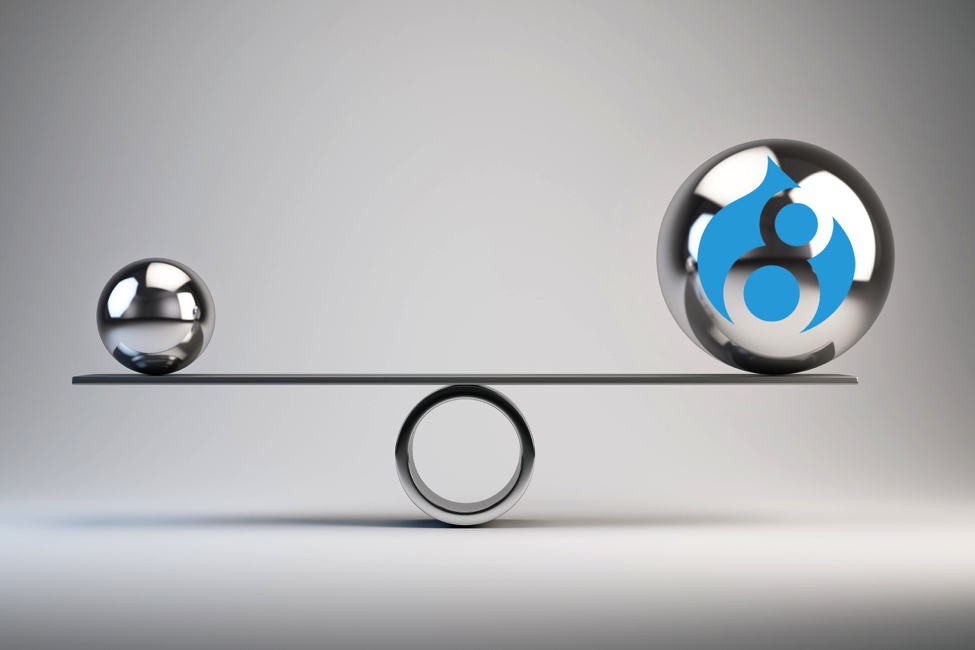 It wasn’t a question of if, but a question of when and the Drupal.org weekly usage statistics are showing it’s happening now. Usage of Lingotek’s Drupal 8 Module finally caught up to and exceeded that of Drupal 7. Is this the tipping point? Is the community finally making the switch to the latest Drupal module?

The Drupal.org Usage Statistics for Lingotek Translation provides information about the usage of the Lingotek Translation project–Lingotek – Inside Drupal 7 Module and the Lingotek – Inside Drupal 8 Module–with summaries across all versions and details for each release. It shows the week and the number of sites that reported using a given version of the project.

The usage figures reflect the number of sites using the project/item that week. The results can give an idea of how popular the different projects are and may help users choose modules and themes for their own sites. The figures are an indicator of which modules are being used. Note: Only Drupal websites using the Update Status module are included in the data.

In the past 6 months, the Drupal.org weekly statistics showed Drupal 7 usage was still going strong. There were twice as many users using the Drupal 7 version in April, May, June, July, August, and September. But starting in October, Drupal 8 usage began to tick upward. In the first week, only 269 reported using the D8 version. Then the momentum quickly shifted. By the second week of October, they were almost equal with 441 users of Drupal 7 and 420 using Drupal 8; they were a scant 19 users apart. Then came the tipping point.

In the third week of October, Drupal 8 usage overtook that of Drupal 7. In a huge turnaround, 772 reported using Drupal 8 when compared to only 447 using Drupal 7.

Since then, the gap narrowed somewhat, but regained a solid lead once again in early November with 894 D8 users and 416 using the D7 version. We’re predicting the lead is here to stay. The tipping point was inevitable.

The support is likely the result of the growing need for localized content. Multilingual web content is critical to engage a global audience that wants to search, shop, and buy in their own language. The Drupal 8 version, with its built in multilingual capability, makes it easier than ever to create content for a global audience. The module supports translation of any content and configuration, including: 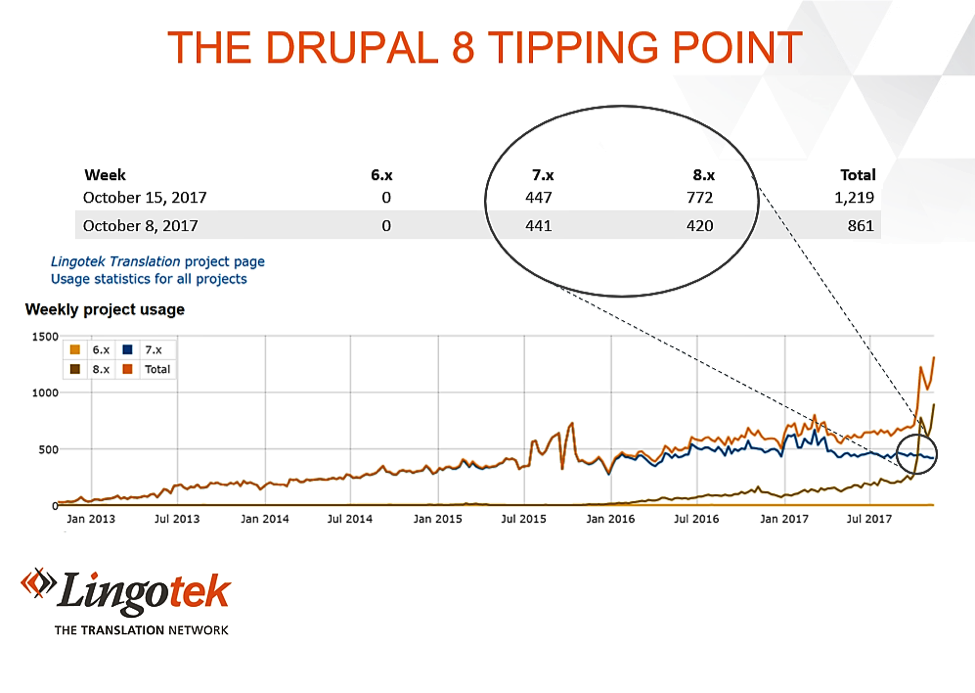 The Lingotek – Inside Drupal Module is the only Drupal module to integrate a Translation Management System directly into Drupal, allowing the Drupal community to use professional-grade translation technologies (e.g. machine translation, translation memory, CAT tool) without ever leaving the Drupal environment. It is built on Drupal’s standard multilingual modules (Locale, content translation, entity translation, internationalization, etc.) and helps Drupal administrators, agencies, and web marketers get a Drupal site multilingual-ready within minutes, instead of days.

Many Drupal users have strong opinions about which is better–Drupal 7 or Drupal 8, but one thing is clear: Drupal 8 is the future. The level of innovation and improved functionality available in each new release will be hard to ignore. These usage statistics reflect that the community has begun wholesale migration to Drupal 8 and that we’ve finally reached the tipping point.