As we welcome in another year, and reflect on the turbulent one that’s passed, the existential words of Professor Stephen Hawking are as poignant as ever: “Remember to look up at the stars, and not down at your feet.”

It was not just the great scientific body of work that British-born cosmologist Hawking gave to the world, but also his reminders to reflect on the universe we live in — and the fragility and the beauty of existence.

And today, on January 8, the day Professor Stephen Hawking would have turned 80, we are launching a Google Doodle in more than 50 countries worldwide to celebrate one of history’s most influential scientific minds.

British Doodler Matthew Cruickshank created the two-minute video Doodle animation, taking people on a journey from Hawking’s early years right into outer space. The challenge, according to Cruickshank, was bringing such a body of work together creatively, from black holes to the Big Bang, as well as theories on the origins and mechanics of the universe.

In the Doodle, the voice of Hawking was generated and used to narrate some of his most impactful quotes with a chronological look at his life and legacy. With guidance from his family and estate, the Doodle also plays with Hawking’s humour, love of animation and gaming.

Alongside the Doodle, the Google Arts & Culture Institute is celebrating Stephen Hawking with a new exhibition available to view from today.

Meet the man who changed our understanding of the universe, courtesy of interactive information about his life and work.

Hawking’s theories on the origins and nature of the universe revolutionised modern physics, while his best-selling books made the field widely accessible to millions of readers worldwide. To many, Hawking’s astronomical impact is so widely recognized, it changed how the world understands the universe. 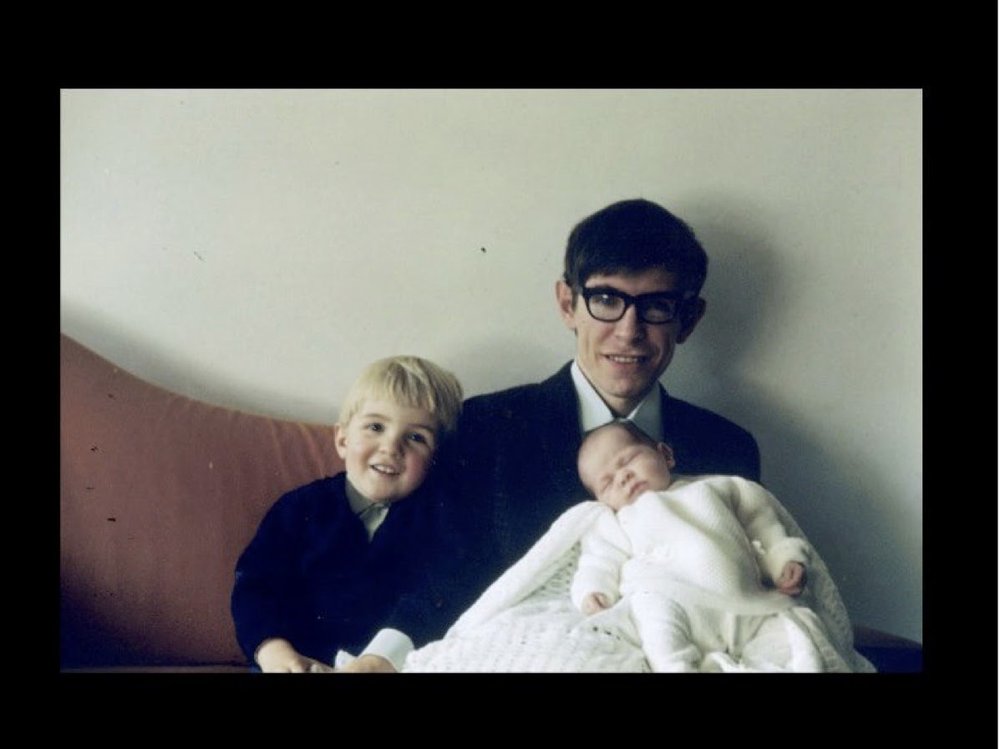 Stephen Hawking with his children Robert and baby Lucy. Photo courtesy of the Hawking family.
As his daughter, Lucy, put it, “He would have been very entertained to see his long, distinguished life expressed so creatively in this briefest history of all, a two-minute animation!” His family hopes the physical challenges he overcame to make an impact on the world will inspire those bracing for potentially tough times ahead.