The new HP Chromebook, made with Google

We need our computers to be as fast and mobile as we are. We want to work across multiple screens—often at the same time. We want the latest and greatest software and we want to be able to get to our stuff from wherever we are. Chromebooks offer all of that, making computers that are simpler, more secure and more affordable, for everyone.

Earlier today, HP introduced the HP Chromebook 11. Designed and built in partnership with our friends at HP, it has all of the speed, simplicity and security benefits you’d expect from a Chromebook, and some unique design elements that address many of the challenges people face with computers today. 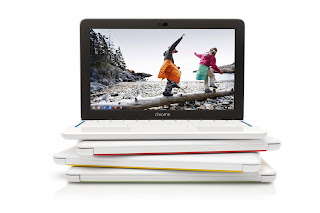 First, a laptop should be light and mobile. So the new Chromebook is really thin with no extra fluff. It weighs in at just over two pounds—one of the lightest laptops on the market. There are also no sharp edges so nothing digs into your wrists while you type. And when you’re traveling, you don’t need to throw an extra charger into your bag. The HP Chromebook 11 is powered by a micro-USB charger, which can also be used to juice up your Android phone or tablet.

Second, a computer should look good—something you’re proud to take out at a coffee shop. So the new Chromebook has a sleek, distinctive and super simple look. The fanless design means it doesn’t need any grills for venting. And it comes in a variety of colors to match your mood (or your wardrobe).

And there are a bunch of other things that we hope will make your computing experience even more awesome:

This Chromebook is crafted with the same obsessive attention to detail as the Chromebook Pixel. But we worked hard with HP to keep the price low: the new HP Chromebook 11 is available for just $279.

Look for it starting today at Best Buy, Amazon, Google Play and HP Shopping in the U.S., as well as at Currys, PC World and many other retailers in the U.K. It will be available in other countries that sell Chromebooks in time for the holidays.

So if you’ve been looking for a computer that makes it easier to get stuff done (and look good doing it), we hope you give the new HP Chromebook 11 a try—or add it to your gift list this holiday season. We designed it to make computing faster, simpler and more secure, for everyone.