The Drupal Association team is gearing up for DrupalCon Baltimore. We’re excited to see you there and we’ll presenting a panel giving an update on our work since Dublin, and our plans for the coming months.

As we announced in mid-March, new contributors on Drupal.org can now create full projects and releases! Contributors no longer have to wait in the project application queue for a manual review before they are able to contribute projects.

This is a very significant change in the Drupal contribution landscape, and it’s something we approached carefully and will continue to monitor over the coming months. Drupal has always had a reputation for a high quality code, and we want to make sure that reputation is preserved with good security signals, project quality signals, and continued incentives for peer code review.

That said, we’re very excited to see how this change opens up Drupal to a wider audience of contributors.

Please note that the removal of project applications to create full projects and releases means a change in the security advisory policy (see below for details).

Are you responsible for the security of your clients’ Drupal sites?

Because users may now create full projects and releases without opting in to security advisory coverage, it’s critically important that we provide good security signals to users evaluating projects on Drupal.org. This is why we’ve added a security coverage warning to projects that aren’t opted in to coverage. 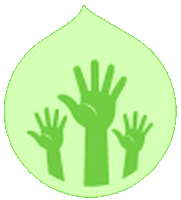 The 2017 elections for the community-at-large seat on the board were held successfully in March. Drupal Association community board elections are conducted with the Instant Runoff Voting system. This voting methodology requires that voters rank their preferred candidates on their ballot, and we’ve heard that this system has been somewhat unwieldy in the past.

Each year we try to improve the voter experience and so this year we deployed a new drag-and-drop ballot.

Finally, we want to congratulate our newest board member Ryan Szrama!

Drupal.org has grown organically over the course of more than a decade, and as features have been built out they were not always consistent in their display of datetime information. While it sometimes makes sense to have a few different formats for displaying date and time, many of the formats in use were simply arbitrary historical decisions.

The addition of coding standards results to DrupalCI means that Drupal.org is now storing even more test data about the code we test on Drupal.org. Our initial implementation of coding standards testing did not include clean up of older results, and so to preserve database space and testing resources, we implemented some clean-up routines in March. In particular we are now:

We experienced some minor Git outages in March, due to malicious authentication attempts. To mitigate these issues in the future, we’ve implemented fail2ban rules to protect Git authentication. This should improve the stability and uptime of Git services for all developers on Drupal.org.

We want to thank Drupal.org infrastructure volunteer mlhess for his assistance with this.

New tools for Documentation have been available on Drupal.org for more than half a year. While most of the core documentation has been migrated to the new system, we are still encouraging Contrib maintainers to migrate their docs.